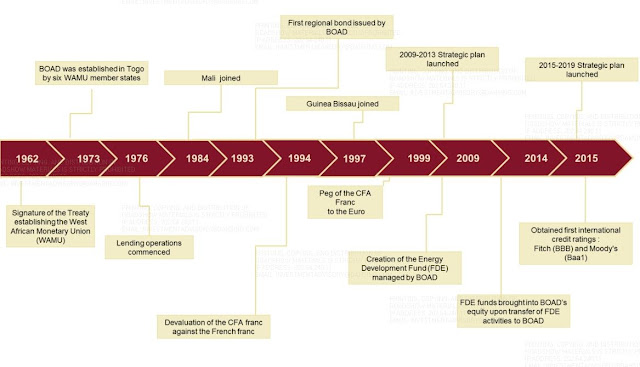 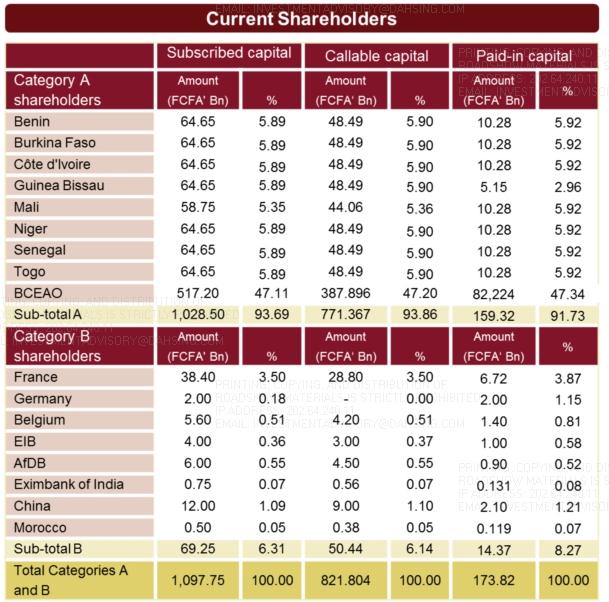 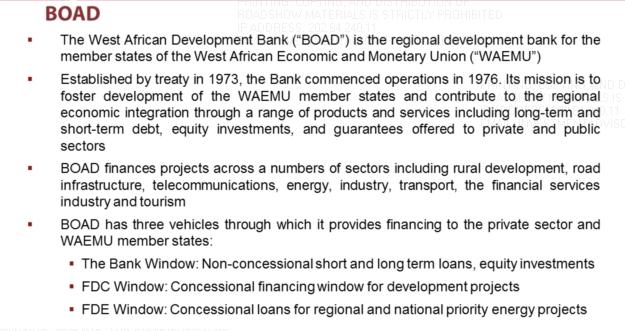 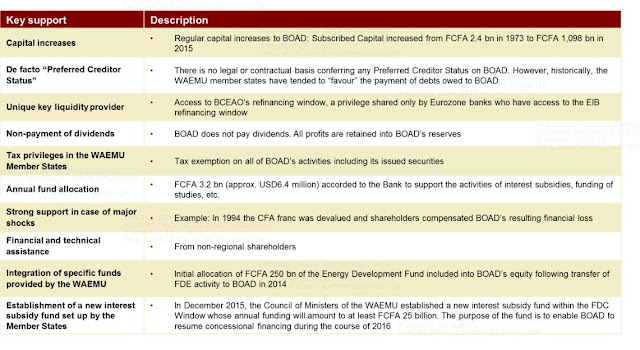 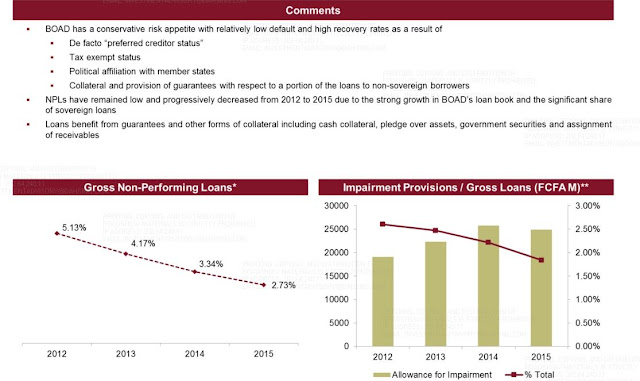 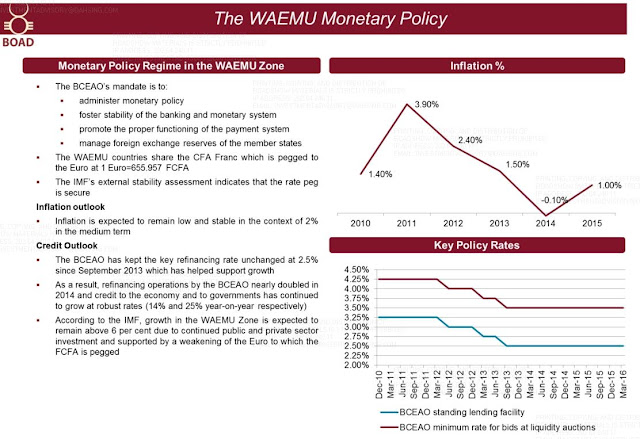 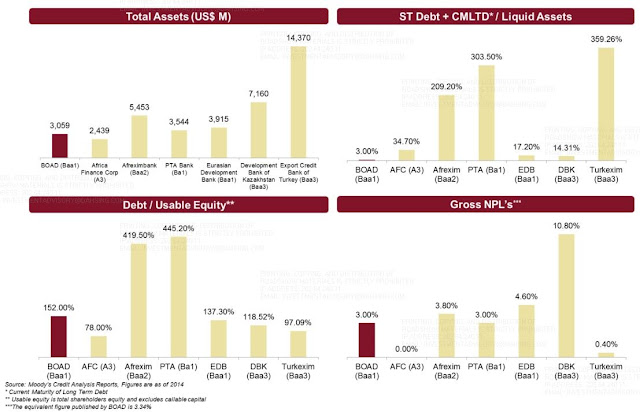 Global Credit Research - 28 Apr 2016
Moody's Investors Service has today assigned a provisional (P)Baa1 rating to the forthcoming senior unsecured US dollar-denominated notes offering of the West African Development Bank (BOAD).
This rating mirrors the Baa1 issuer rating of BOAD, which Moody's assigned on 15 May 2015. The senior unsecured notes will rank pari passu with all of BOAD's current and future senior unsecured debt obligations.
The provisional (P)Baa1 rating is based on the preliminary prospectus dated 21 April 2016. Moody's will assign a definitive rating upon receipt and review of the final documentation.

RATING RATIONALE
The (P)Baa1 rating assigned to the forthcoming notes mirrors the issuer rating of BOAD. The senior unsecured notes will rank pari passu with all of BOAD's current and future senior unsecured debt obligations. BOAD intends to use the proceeds from the issuance to finance the expansion of its non-concessional loan portfolio as outlined in its strategic plan for the 2015-2019 period.
BOAD's ratings are anchored by the institution's credit strengths, which include strong liquidity and a strategic mandate in the region that garners the bank a strong willingness for support from member countries of the West African Economic and Monetary Union (WAEMU). In particular, BOAD can access the refinancing window at the Central Bank of West African State (the BCEAO in French) under the same conditions as commercial banks. Moody's assesses the strength of support from shareholders as High -- either on a contractual basis, via callable capital, or on extraordinary basis -- though specific factors constrain the overall strength of support to Medium -- in particular the risk stemming from the fact that many of BOAD's borrowers are also shareholders.

In line with Moody's expectations at the time of assigning the issuer rating in May 2015, BOAD has made progress over the last year in order to upgrade its risk management policy to bring it in line with international best practices. Foreign exchange risk is now covered via swap contracts, while the definition for non-performing loans was brought to 90 days (from 180 days).

The rating captures BOAD's credit challenges which mainly pertain to asset quality and translate into a Low assessment of BOAD's capital adequacy by the rating agency. Though leverage is contained (at 166% in 2015), borrower quality is low and the fact that the bank plans to grow its non-concessional loan portfolio could cause deterioration in the quality of the bank's loan portfolio. In addition, BOAD's regional focus means operating conditions are difficult and borrower quality correlated -- the region has had numerous periods of economic and political turmoil.

BOAD, which started operating in 1976, is the primary strategic promoter of economic development in the countries of the WAEMU composed of: Benin (Not Rated), Burkina Faso (Not Rated), Côte d'Ivoire (Ba3, stable), Guinea-Bissau (Not Rated), Mali (Not Rated), Niger (Not Rated), Sénégal (B1, positive) and Togo (Not Rated). Shareholding is mainly composed of the BCEAO, at 47%, and WAEMU member states, at 47%, with non-regional shareholders holding the remaining 6%.

WHAT COULD CHANGE THE RATING UP/DOWN

Negative pressure on the rating could arise if the bank expands its lending activity faster than expected by Moody's and registers NPLs well beyond what the rating agency anticipates, or if the bank's risk policy framework does not keep pace with the expansion in the bank's balance sheet.
發佈者： 天路客 於 16:33