BACKGROUND
Headquartered in Melbourne, Australia, Newcrest Mining Limited (Newcrest) is the largest gold company listed on the Australian Stock Exchange with revenue of around $4.3 billion for the financial year ended 30 June 2015 (FY15). Newcrest is one of the world's largest gold mining companies based on gold production of around 2.4 million ounces (Moz) for FY15 and the company has a portfolio of predominantly low cost, long life operating mines. 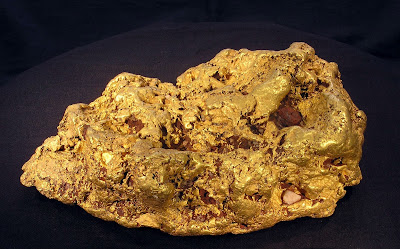 Global Credit Research - 16 Mar 2016
Sydney, March 16, 2016 -- Moody's Investors Service (Moody's) confirmed the Baa3 long-term issuer rating of Newcrest Mining Limited and Baa3 senior unsecured ratings of Newcrest Finance Pty Ltd. The outlook on all ratings is stable.
This concludes the review for downgrade initiated on 22 January, 2016.
"The confirmation of Newcrest's Baa3 rating is based upon the company's deleveraging and continued improvements in operating costs", said Matthew Moore, a Moody's Vice President and Senior Credit Officer.
"Newcrest has delivered a track record of significant cost reduction which, combined with its updated conservative financial policies, has allowed the company to continue to reduce debt, despite softer average gold and by-product prices", Moore adds.
This rating action resolves the review of Newcrest's ratings as part of Moody's broader review of the global mining sector, parts of which have undergone a fundamental downward shift in credit quality as a result of weaker commodity prices.
While gold has not experienced the same magnitude of recent price reductions as seen in base metals, it is nevertheless a volatile commodity, the price of which is very hard to predict as it is not driven by normal industrial supply and demand factors. Moody's expects Newcrest to continue to temper this price risk by a focus on cost efficiency, prudent project development and low financial risk in terms of leverage, coverage and robust liquidity.
RATINGS RATIONALE
Newcrest's ratings are currently supported by its relatively low leverage, as measured by debt/EBITDA of around 2.2x. Over the last 18 months, the company has reduced its USD denominated debt by close to USD1.1 billion as it continues to reduce leverage in line with its financial policy targets. The ratings also reflect the company's significant cost reductions over the last several years, which have allowed Newcrest to generate still solid earnings and cash flow despite lower average realised prices.
The ratings continue to reflect Newcrest's position as a large, low-cost gold miner, reflecting the still solid gold production volumes and very large reserve base of proved and probable gold reserves, with a significant amount of non-gold metals (primarily copper). The rating also considers the expanded production contribution from Cadia, which provides support for Newcrest's credit profile, given its low cost position. The increased contribution by Cadia does increase Newcrest's concentration risk, albeit this will moderate if improvements in the company's Lihir operations are sustained.
Newcrest's rating is constrained by the limited commodity and geographic diversity of the company, as well as the political risk inherent in some of the geographies in which Newcrest operates. The rating also reflects the inherent volatility in gold prices.
The stable outlook reflects Moody's expectation that Newcrest's all-in cost position will remain at a level that will ensure consistent free cash flow generation even in a volatile gold price environment. The stable outlook also reflects the company's conservative financial policies, which include maintaining Net Debt/EBITDA below 2.0x, and the company's recent track record of debt reduction to meet these targets.
CREDIT METRICS
Newcrest has lowered its all-in-sustaining cost to a level which should allow it to continue to maintain solid margins and free cash flow generation even in a weaker gold price environment. Newcrest's all-in- sustaining cost (AISC) are some of the lowest in the industry. The company's AISC decreased in the first half of fiscal 2016 (FY2016) to USD770/oz, which was below the USD789/oz achieved in fiscal 2015 and 12% lower than the previous corresponding period. The current AISC level is now down close to 40% from the level achieved in FY2013. While depreciating producer currencies have played a big part in the company's cost reduction, the company has also improved throughput at Lihir, reworked its mine plans, lowered general and administrative expenses, and reduced contractor and consumable spend.
Furthermore the ratings consider Newcrest's ability to maintain solid operating cash flow at a gold price of USD1,100/oz which, combined with lower capital expenditure expectations, will allow the company to generate free cash flow for further debt reduction.
Assuming a gold price of USD1,100/oz we expect that Newcrest's leverage in fiscal 2016, as measured by debt to EBITDA, will remain near the 2.2x level achieved for the 12 months to December 2015 and we expect this to reduce further in fiscal 2017 towards 2.0x. The other key metric of (CFO minus dividends)/ Debt remained solid at around 40% in the 12 months to December 2015.
WHAT COULD CHANGE THE RATINGS
The ratings would face negative pressure if the company was unable to maintain or further adjust its cost base in light of lower gold prices such that: (1) total debt/EBITDA exceeds 3x; (2) cash flow from operations minus dividends/debt falls below 20%; or (3) its liquidity profile weakens materially.
The ratings could also come under further pressure if the company was free cash flow negative over the next several years or improvements in the Lihir operations are not sustained or built upon.
The ratings could experience positive momentum if Newcrest is able to: 1) continue to generate free cash flow and reduce debt levels; 2) maintain its industry leading cost profile; 3) further turn around the operations at Lihir; and, 4) improve credit metrics, such that Debt-to-EBITDA is expected to be sustained below 2.0x under all reasonable assumptions. Moody's would also be looking for signs of improving diversity and the ability to maintain or improve production levels beyond 2020.